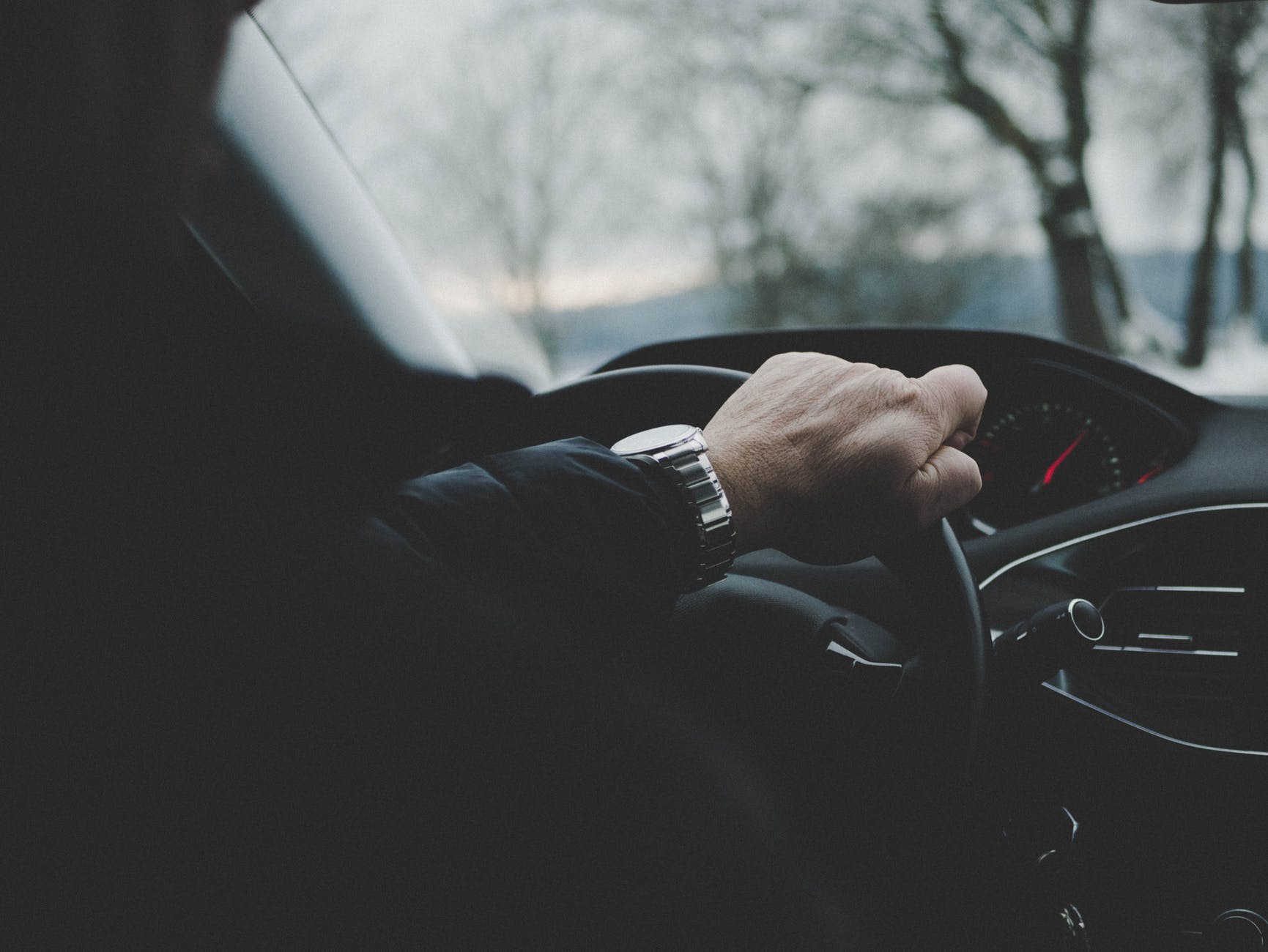 Photo by Johannes Rapprich on Pexels.com

“Hey. It’s Charlie, right?” he was hanging out the window of a silver Mercedes Benz.

“My name is David, I’ll be your driver for the night.”

Charlie checked his phone even though he’d already had his app open. “Nah, man… I’m waiting on a Honda Accord.”

The driver’s lip pulled up in a quirk. “You’ve been randomly selected for a luxury upgrade, free of charge. Unless you, uh, want to pay for that Accord ride instead. 28th and 2nd, right?”

Charlie ran his eyes over the gleaming car. He’d taken a lot of Ubers in his time and never heard of a luxury upgrade, from this or any driving service. Knowing what car you were going to be getting into was exactly the reason people felt safe doing this kind of thing. Rates and reviews, etc.

“Look, you’ve got to be there before seven, right? Did I mention free of charge?”

Charlie bit his lip. Even now it reminded him of Sam, and the way she’d mirror him when he did that, exaggerating the expression and making faces at him until he laughed and told her what was wrong.

It was a light, clean cut to the heart, knowing she was getting dressed in white surrounded by champagne and twinkle lights and bridesmaids—and Ben—this very moment.

He was an idiot.

“She’s gonna be waiting on you,” David, the driver said.

Charlie looked up at him, sharp. Could this guy…?

“Your date. I’m guessing it’s a nice one, too, Agostino’s. That’s a nice place.”

Charlie cleared his throat, pushing away the image of Sam, laughing eyes and all-over-the-place hair. He tried to focus on Veronica. Elegant, mysterious Veronica, who knew what she wanted and accepted nothing but the best. Veronica, who would be waiting.

He eyed the driver. David was a little older, a little frail looking, even. Charlie was pretty sure he could take him. If the need arose.

And so he slid into the backseat.

“You made a good choice, my friend.” David said into the rearview mirror. “Always act, when love is on the line.”

Charlie huffed a laugh at that, hunching back in his seat. His suit was going to wrinkle, and he didn’t care as much as he might have on another day. He thought of the first time he’d gotten the nerve to ask Veronica to dinner. He’d played it smooth. He was good at that, even if it was exhausting. Faking smooth was something he’d been practicing since he was a kid. Since the day his neighbor Sammy had grabbed his face and kissed him when they were five, and declared they’d be together forever. This wasn’t in the city. Before that. Smaller than that. Before they’d both come here for school and work and to figure out who they were. They’d laughed about it together only two years ago.

“Don’t worry so much, my friend,” David called back, breaking Charlie from his memory. He was glancing at Charlie knowingly. “She can’t be too mad. Especially if you take her to a nice place like that.”

Charlie’s brow furrowed, his heart skipping, as images of taking Sam back to their hometown, buying a nice little house on a nice little street went through his mind. Kids. Bikes. Backyards. Sunset from the deck. And then he realized the older man must be talking about the Italian restaurant. He might have been Italian himself, judging from his olive skin and old-world features.

“All women are particular,” David said, holding up a finger. “There’s not a single woman on this earth who is replaceable by anybody else. That’s why you’ve got to make sure you pick the right one.” The driver chuckled, a laugh that echoed of experience. Charlie didn’t bother to point out that that wasn’t what he meant.

They rode in silence for a few moments, and then the driver went on, musingly. “Of course, if you let the right one slip through your fingers… that’s a thing you never forget. You understand me?”

Charlie focused a little harder on the images moving past his window. He felt like something was lodged uncomfortably in his throat. “I guess I do.”

Nothing outside was making it through to his brain. All he could see was that day that Sam tried to kiss him, and he, startled, had pulled back. He’d been so stunned he hadn’t been able to call after her. She’d run track for years. It was the first time he’d realized he was besotted with her, watching her hurtle forward, messy hair tied back on the track in high school. But that day she’d kissed him, just two years ago, her running was the worst thing that could have happened.

He’d tried to call her. Find her. But she was gone. Gone home, then before he was able to make it there, off to a summer program in Italy. Where she met Ben.

He’d never been able to explain.

The car pulled up to a curb. “Go on, go fix things with your lady,” David said, pulling Charlie out of his reverie.

But the view from his window was wrong. Charlie looked out at the building next to them. They were next to a skyscraper in the entirely wrong part of town. “This isn’t 28th and 2nd,” he said, starting to get annoyed even though he was looking forward to his date with Veronica less and less.

“You’re right. It’s not,” David said. Then he nodded to the other side of the street. “I said she’d be waiting on you though, didn’t I?”

Charlie opened his mouth to object, but then he saw what was opposite them. A giant cathedral, and on the bottom step, shaking with tears, a small figure in white with a jumble of messy hair.

Charlie met David’s eyes in the rearview mirror, stunned. “How…?” but he couldn’t finish. He hadn’t spoken a word about Sam out loud.

But David was giving him a kindly look, the knowledge of ages in his eyes. “Go on, now. Go to her. Don’t let her slip through your fingers again, Charlie.”

He mumbled a thank you, and flung himself out of the vehicle, narrowly missing a ubiquitous yellow cab as he ran, unthinking, across the street. He straightened his tie, suddenly grateful he’d bothered dressing up for his date.

Sam was fidgeting on the steps, and it was starting to rain. She was wringing her hands and pacing, a picture of misery. She looked like she wanted to run.

But then her eyes met his. She pressed hers shut for a long moment. And then, when she opened them, she laughed with relief, and ran into his arms.

Lisa is a professional freelance writer and editor, along with a bookbinder and knitting obsessee. Lisa has a passion for YA literature (inside her passion for literature in general) and is currently querying on her first novel. END_OF_DOCUMENT_TOKEN_TO_BE_REPLACED
This entry was posted on Friday, May 18th, 2018 at 7:00 am and tagged with destiny, Fiction by Lisa, free read, free read friday, free reads, freebie friday, love, love lost, romance and posted in Fiction by Lisa. You can follow any responses to this entry through the RSS 2.0 feed.
« Three Wishes by Isabelle
Harbinger by Lisa »

One response to “Uber Destiny by Lisa”